It was in late 2013 at the local Nazarbayev University in the Kazakh capital of Astana that Chinese President Xi Jinping touched upon the Chinese desire to set up the ‘New Silk Road’. The desire expressed in that policy speech in 2013 culminated in the grandiose infrastructure and connectivity project that the world now knows as the Belt and Road Initiative. Out of the six corridors set up as part of this initiative, the crowning glory was perhaps the China-Pakistan Economic Corridor – CPEC which connects Kashgar in South West China to Gwadar in Pakistan’s province of Balochistan. Thus it was only fitting that following the Belt and Road Forum in Beijing was the 2017 Shanghai Cooperation Organisation Summit also at Astana which saw Pakistan being admitted to the SCO; a sign of increased cooperation.

The summit meant a plethora of different things to different nations alongside marking the entry of quarrelling neighbours Pakistan and India into the SCO. It was an odd convergence of otherwise divergent interests. For the Xi it was his first visit abroad after the Belt and Road Forum and an opportunity to consolidate interests and hear out concerns. Conspicuous in their absence at the Belt and Road Forum were the Indians who sought to use the summit as an opportunity to exert diplomatic pressure on Pakistan, as evidenced by PM Modi’s speech peppered with subtle hints towards the need to fight terrorism in all its forms. Iran and Turkey lobbied for full membership whereas Pakistan used the summit to highlight the potential her CPEC had for the landlocked Central Asian states.  Geographically speaking, Pakistan’s Gwadar provides Central Asian republics with the most feasible port access. 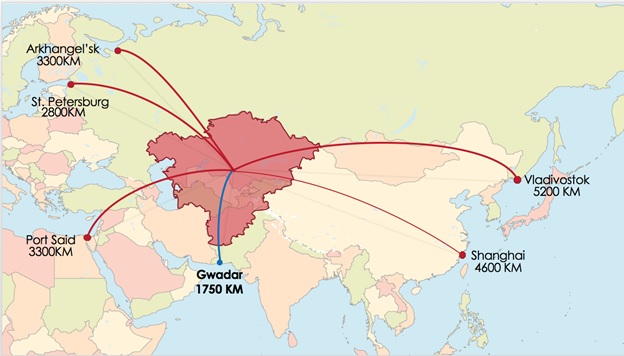 These countries would have otherwise sought port access at China and Russia’s east and Russia’s west coast as well as Port Said at the northern end of the Suez Canal in Egypt. Gwadar is a mere 1750 kilometers from Central Asia and represents great potential for these resource-rich countries to find access to a global market. Heavily exploited by Russian companies such as Gazprom who buy gas at almost one-third the market price from these Central Asian countries, they are desperate for some respite and CPEC is just what the doctor ordered. It could serve as a strategic opportunity for Turkmenistan, Uzbekistan, Kyrgyzstan, and Tajikistan to transport their goods and market them more competitively to regional and global markets. For Pakistan, there is an opportunity to access the rich resources of Central Asia via Afghanistan to bridge its dwindling energy shortfall, as well as transport goods to Central Asia. Hefty Chinese investment in Pakistani infrastructure has made all this possible.

Central Asian leaders have already shown an overwhelmingly positive response to the emergence of CPEC with many of them recognizing the massive latent prospects in the Corridor. Kyrgyzstan has entered a Quadrilateral Traffic in Transit Agreement (QTTA) with Pakistan, China, and Kazakhstan to formalize this cooperation. The Central Asian countries will transit their goods through Gwadar with  Pakistan earning a transit fee and seeing business being generated for the service industry along the CPEC routes. Furthermore, 2015 saw Tajik President Emomali Rahmon and then PM Sharif put pen to paper on a string of deals approving three separate highway projects connecting both countries via the land route.  Energy cooperation is also a facet of this relationship with the $1.16 billion CASA 1000 project for hydel export to Pakistan as evidence of this fruitful communion. In his most recent meeting with PM Sharif Turkmen President Berdimuhamadov also displayed effusive optimism regarding CPEC.  Similar optimism and eagerness to join and benefit from CPEC has been shown by Uzbek and Kazakh leaders.

However all these benefits can only reaped with a successful resolution of regional security issues, chief amongst them being the Afghan problem. With Afghanistan providing the shortest land route between these countries and Pakistan, it is imperative that this stumbling block in a more meaningful relationship between Pakistan and her Central Asian partners must be dealt with effectively. Unwavering determination has been shown by the Pakistani military to deal with any security issues regarding CPEC and recent negotiations between Kabul and Islamabad also seem to be progressing gingerly. For the sakes of all those involved, one hopes that the security situation improves. 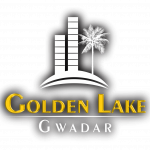